The Best Keyboard & Mouse Combos in the UK

We think the Logitech MK850 is the best keyboard and mouse combo. The keyboard has a padded palm rest and the mouse is ergonomically shaped, which makes working longer more comfortable. Both have long battery life and can also be connected via Bluetooth. Our budget pick is the Microsoft Wired Desktop 600. For less than £30 you get a solid keyboard with multimedia keys and a right and left-handed mouse. 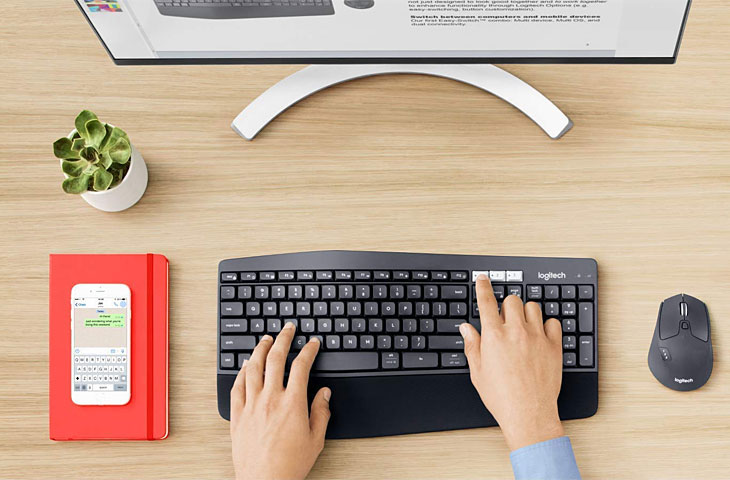 Many manufacturers offer practical combos of PC keyboards and mice. They are coordinated in terms of material and design, so that the buyer receives a visually high-quality basic equipment. Often these sets are significantly cheaper than the respective purchase of the individual device.

However, very cheap low-budget models often do not offer a good anchor point, or the lettering peels off after a short time. What you should pay attention to when buying a new set is explained below.

Which Equipment Features Are Important?

Stroke and Pressure Point of the Keyboard 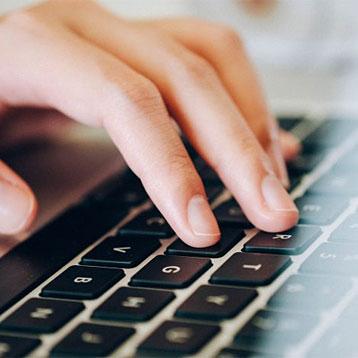 The typing experience on a keyboard should be as pleasant as possible. It is created by an optimal combination of stroke and pressure point of the individual keys. Stroke is the short distance that a key travels when pressed until it stops. There are keys with a large stroke and keys with an extremely short stroke. The latter is usually the case with laptops, for example.

The so-called pressure point is the moment when the PC receives the key signal. Basically there is a small plastic spring under each key, which “triggers” the key. The pressure that is necessary for this is called the pressure point. Ideally, this pressure should be neither too low nor too high.

Sometimes particularly compact keyboards are offered for keyboard and mouse combos. Here, care should be taken to ensure that the conventional layout remains unchanged so as not to impair writing habits.

For example, the enter and space keys are often smaller, which can affect the individual typing feel. It can also be unpleasant if the distance between the individual keys is too small or the keys are smaller, thus increasing the risk of typing.

Quality Requirements for the Mouse

More and more often, the classic computer mouse is getting smaller so that it fits into any pocket when on the move. Users who often sit at the PC, however, should prefer a larger mouse. With particularly small models, the hand can cramp and cause pain.

The choice of connecting the peripheral devices usually consists of three options: The wired models, keyboards and mice with an infrared/laser connection and via Bluetooth. Experience shows that the two wireless options are the most convenient.

Which Additional Functions Should the Keyboard Have?

Most mouse and keyboard combos available on the market have additional function keys, so-called “hot keys”, e.g. to operate multimedia applications or to call up additional applications with a single keystroke. Keyboard and mouse combos are sold specifically for both Windows PCs and MACs.

The difference is often significant, as many of the special keys only work correctly on one of the two systems. So while functions such as “cut” or “bold” are convenient, they only benefit the MAC user. Conversely, this also applies to the special keys on Windows keyboards such as the “Windows Start” key.

Which Ergonomic Features Are Important? 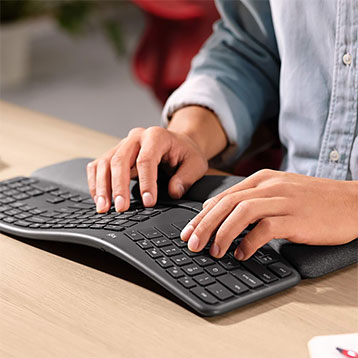 The classic tenosynovitis, or repetitive strain injury (also known as “mouse arm disease”) are just some of the diseases that can occur when input devices are used incorrectly. The remedy is provided by ergonomic devices. Although these are usually more expensive and look a bit strange, but they are good for the body.

It is important that both wrists are not bent when placing the device on the PC keyboard. But this is exactly the case with an ergonomically poor keyboard. In addition, the elbows should be at right angles to the keyboard, but this is mainly due to the correct sitting height.

In recent years, specially shaped keyboards have become established on the market that are designed to support a more ergonomic hand position. Among other things, these models offer padded support surfaces for the palms of the hands and are curved in the middle. The keypad is divided into two halves.

The curvature of the input device is very important, as a straight keyboard is quite stressful for the wrists. As a consequence, the tendons in the wrist are subjected to constant stress and can also become painfully inflamed.

Another aspect of keyboards is the width of the input device. The number pad to the right of the letter and arrow field has already become a habit for most users. However, those who use the computer mouse with their right hand can get problems in the shoulder by using this number pad, similar to the problems with angled wrists.

What Shape Should the Mouse Have?

And there are also striking differences between PC mice. Often mice compete with input units like the so-called trackballs. Trackballs are often more expensive to purchase, but offer a surface that is adapted to the ergonomic position of the hand and also avoid the unpleasant dragging of the mouse back and forth. For many people, however, such a trackball is out of the question.

Many mice are built in such a way that the user’s hands lie too flat. However, this is a rather unnatural position. The wrists are relieved when they grip a round shape. The ideal solution would therefore be a computer mouse in the shape of a small ball that can be pushed across the desk with little effort.

Manuel is one of the founders and editor-in-chief of this project and primarily interested in technical topics. For a long time he ran his own home cinema portal, wrote for Idealo about new products and is a regular visitor to various electronics trade shows.

If you can read this article, you probably own one: A PC monitor. But maybe you are holding a cell...

All-in-one printers can nowadays be found in almost every household. Whereas previously only single devices, such as scanners, printers and...